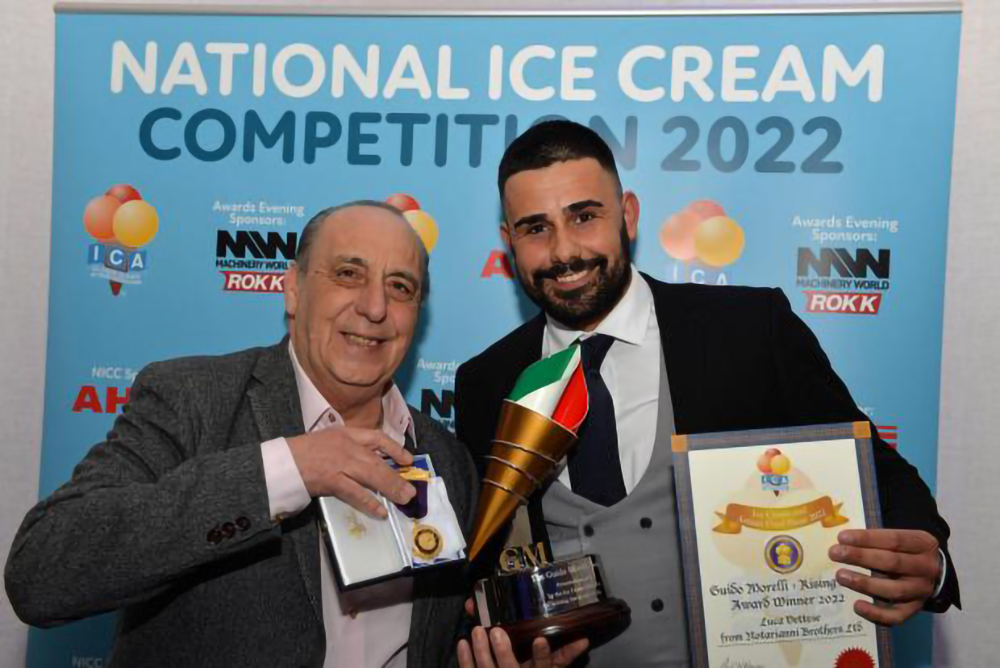 Luca Vettese of Notarianni Brothers in Blackpool, has scooped the national ‘Guido Morelli Rising Star’ award from the Ice Cream Alliance, the trade body for the UK’s £1.4 bn per year ice cream industry.

“I feel very proud to have won such an incredible award,” commented Luca.

“It’s just wonderful to receive such recognition from experts in our industry. The Morelli family are ice cream royalty to me so to win The Guido Morelli award is a real pinch me moment.”

Notarianni’s was set up in Blackpool by Luigi Notarianni who emigrated to the UK at the beginning of the 20th Century. He opened a shop on Central Promenade which quickly became popular.  The business was doing so well that they decided to open up a second parlour on Waterloo Road, circa 1937 – and this is where the family still trades today.

The third and fourth generations of the family still run the business thanks to a loyal following from locals and tourists who have returned generation after generation.

What plans does Luca have for the future? “The plan is to just keep working hard, make sure we keep our high standards and quality and hopefully one day pass it down to the next generation of our family.”

The Guido Morelli Rising Star award is announced annually by the Ice Cream Alliance (ICA), the UK’s ice cream industry trade association. The Rising Star award was created in 2014 in memory of ICA past president, Guido Morelli, a member of the family that runs the eponymous world-famous Irish ice cream company.  It recognises young talent, or someone new to the industry, who is going to make their mark.

“Luca Vettese is a very worthy winner of one of the most prestigious awards in the ice cream industry,” commented Zelica Carr, ICA C.E.O.  “We will watch the progress of his career with great interest.” 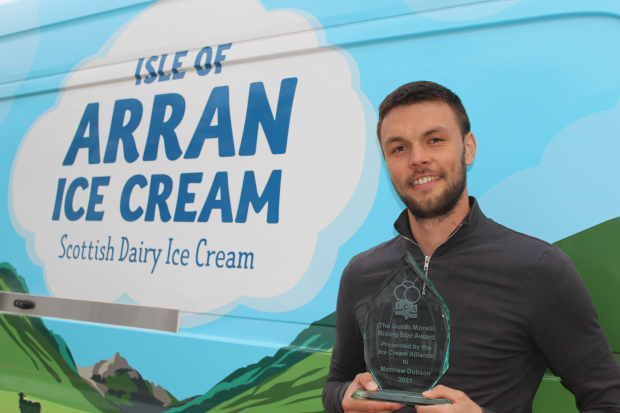 Congratulations Matthew Dobson, Arran Ice Cream.  Matthew has worked in the family business on and…